Kobe Bryant vs. Michael Jordan: Who Is Winning the NBA Shoe Game?

Nowadays, there doesn’t seem to be an offseason for the NBA. Between the draft, free agency, and blockbuster trades, the news cycle never stops. And that’s not to mention a certain Laker’s father promoting his family and their Big Baller Brand shoes.

At Versus Reviews, with so much talk around shoes in the NBA, we were interested in seeing just what players were wearing. So we decided to take a look at what every player in the league, along with the rookies, are wearing when they take the court. Check out our findings below:

One of the first things we looked at was the brands of shoes that players were wearing. Not surprisingly, Nike is still the dominant brand in the league with over 60% of all players wearing them. Adidas is second at around 17% and Jordan is third at just under 10%. 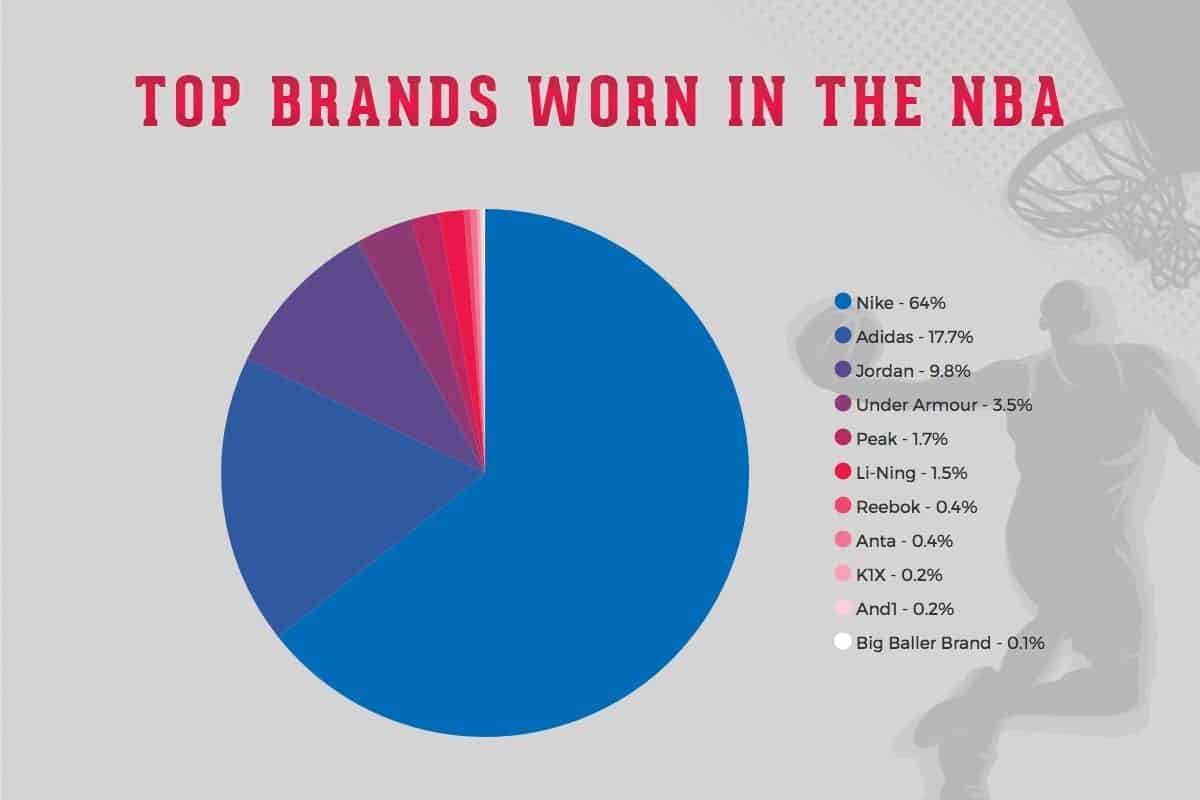 Speaking of Jordan, we took a look at the number of NBA players wearing sponsored shoes — so who’s wearing Kobes, Lebrons, and of course, Michael Jordans. What we found is that more players are wearing shoes sponsored by Kobe Bryant than Michael Jordan. This was one of the most surprising statistics but speaks to the Mamba’s cultural significance. 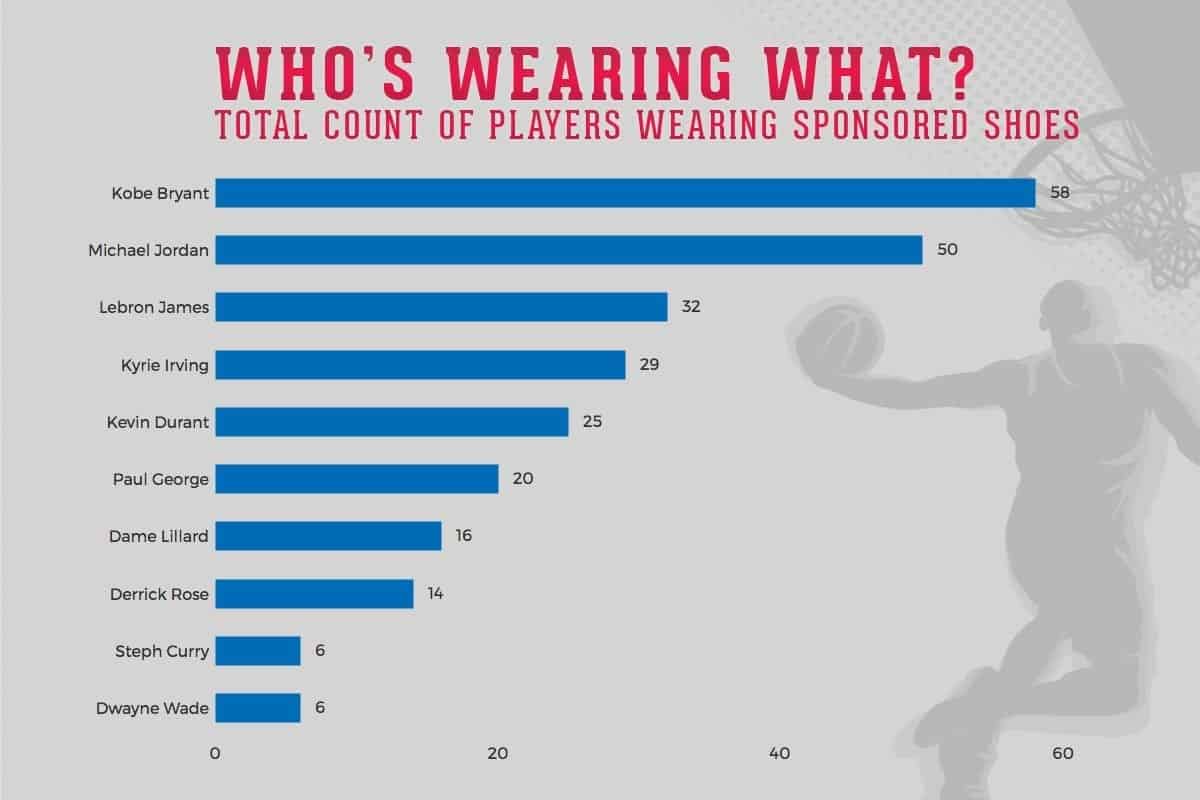 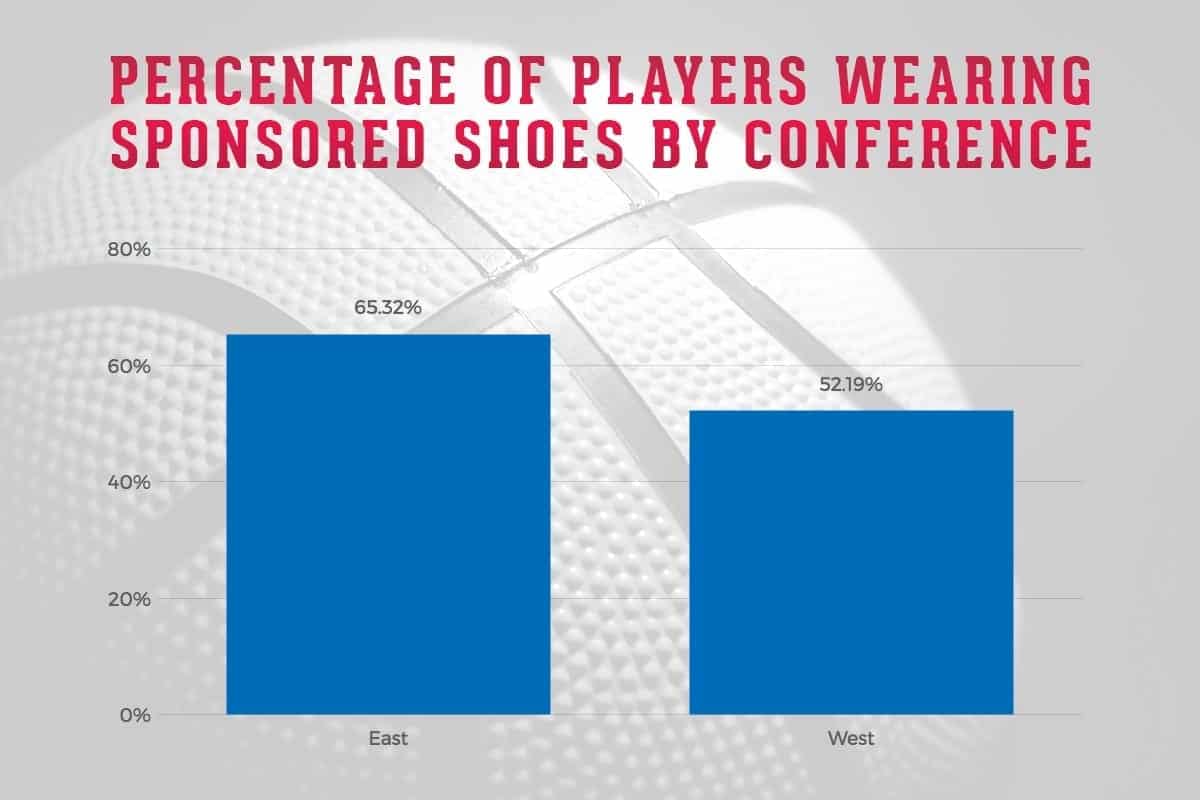 We also dug into the numbers by positions in the NBA. There’s a high percentage of players listed as a center/forward wearing Jordans. 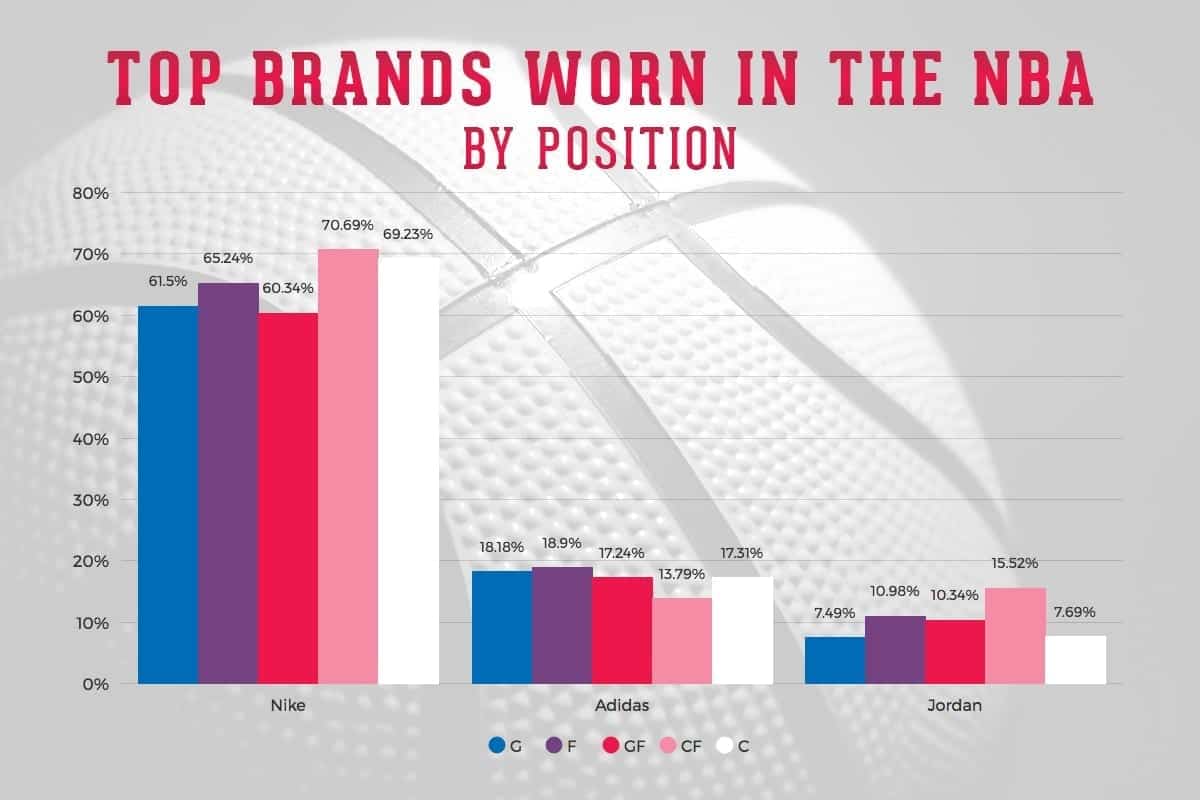 Guards have a high number of players wearing a sponsored shoe, coming in at nearly 65%. Centers and center/forwards have the lowest percentages of any position. 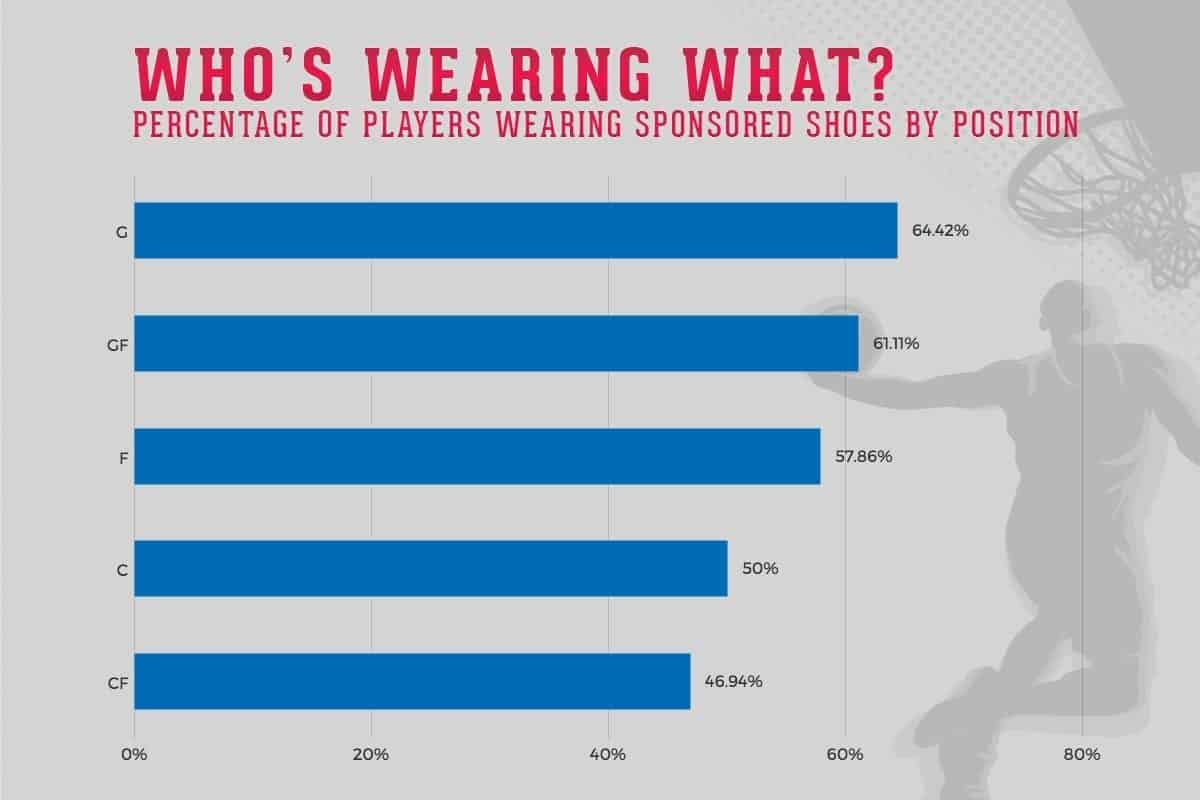 As far as specific shoes, Nike had four of the top five with the Kobe AD as the most-worn shoe in the NBA. 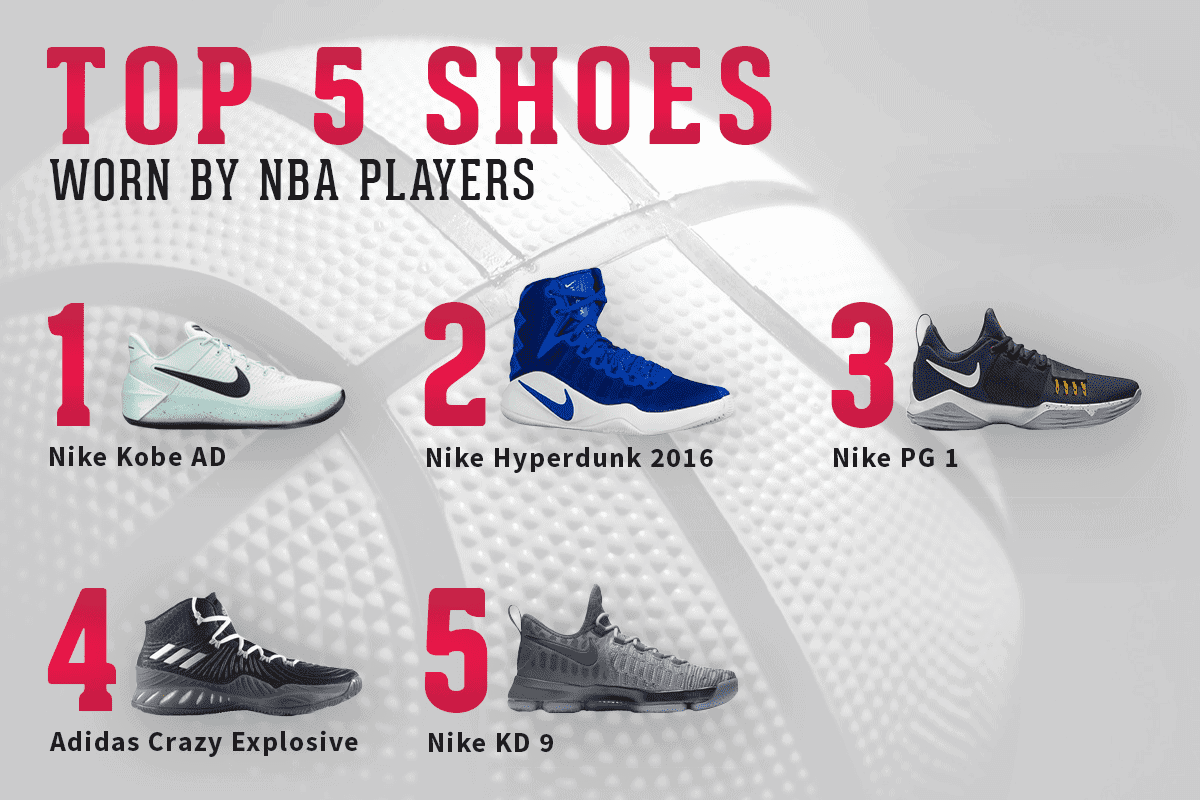 NBA basketball has always played a role in influencing culture, and some players like Lebron James, Michael Jordan, and Kobe Bryant have used their superstardom to become icons. One part of this is the shoes that they wear and who wears them. Right now NBA players are wearing Kobes and Jordans, but will that change in the future? Only time will tell as new superstars emerge.

Jeff Hindenach is the co-founder of Versus Reviews. He graduated from Bowling Green State University with a Bachelor's Degree in Journalism. He has a long history of journalism, with a background writing for newspapers such as the San Jose Mercury News and San Francisco Examiner, as well as writing for The Huffington Post, New York Times, Business Insider, CNBC, Newsday and The Street. He believes in giving readers the tools they need to get out of debt.